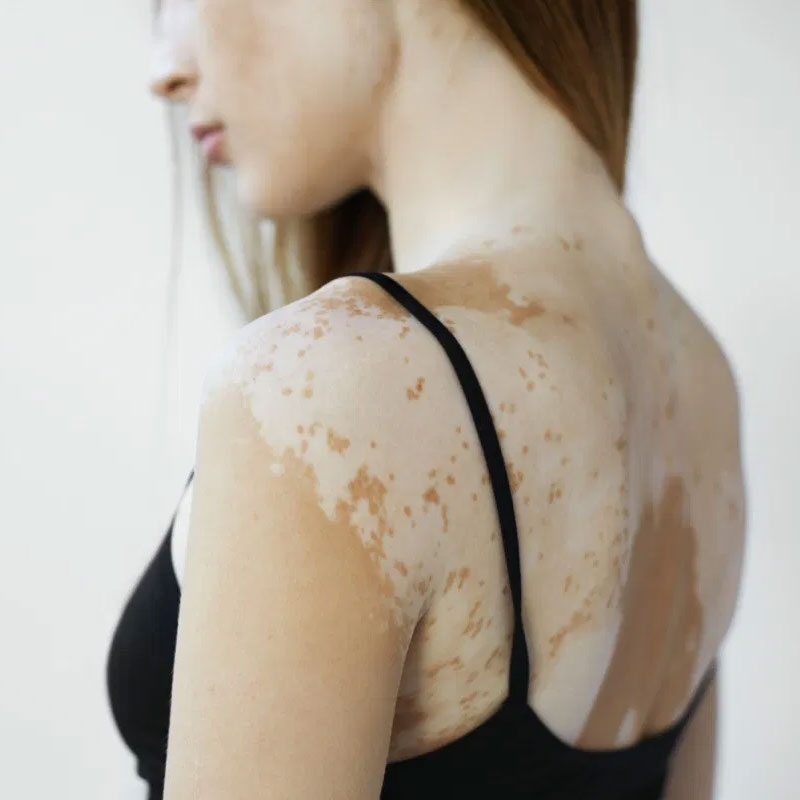 For Consultation and Treatment option for 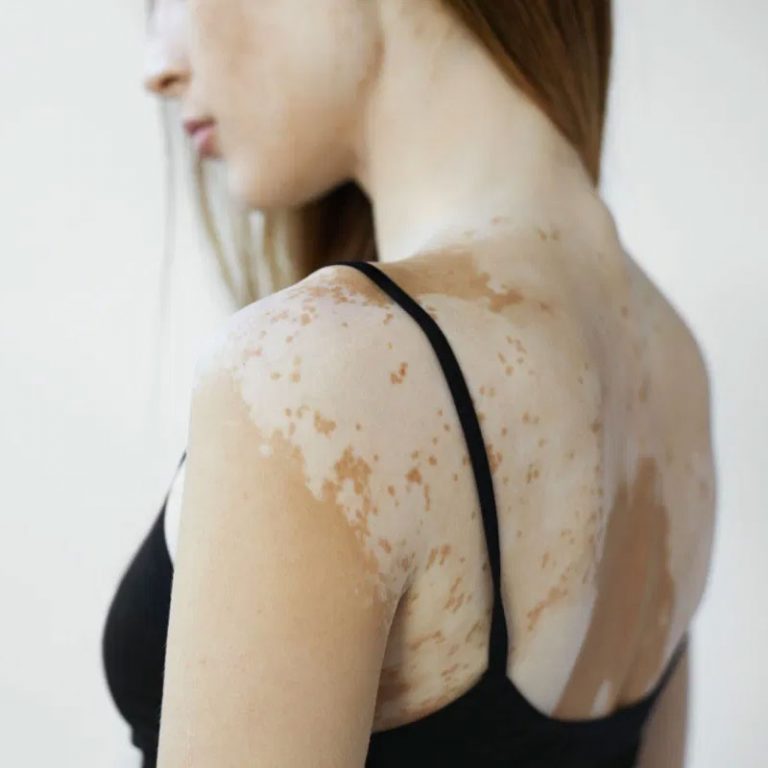 Vitiligo is a skin condition wherein the skin cells in a particular area of the body are destroyed or stop working, resulting in a lack of melanin, causing the region to lose its colour or turn white.

Vitiligo can affect any region of the body, including sun-exposed areas like hands, feet, face and neck, inside the mouth or nostrils, back of the eyes, within the ear and even the genitals. If the region affected has hair, it may turn grey or white as well.

Although it can affect almost the entire body, it is not a contagious disorder and cannot be passed from person to another in any way.

TYPES AND CAUSES OF VITILIGO

There are various types of Vitiligo, depending upon the region of the body it majorly affects:

The lack of production of melanin by skin cells is the major reasoning behind this disorder. However, the exact cause for this is still unknown to science. Many researchers and doctors over the years have equated the underlying origin of Vitiligo to be any of the following:

Vitiligo is mainly characterised by the following symptoms:

Apart from the physically noticeable symptoms, some may also experience the following along with this condition:

Depending upon the type of Vitiligo you have, the patches of white skin, as well as whitened hairs, can occur at different parts of the body, or the body in its entirety. Having Vitiligo could also increase your chances of acquiring an autoimmune disease.

In order to know the exact type of vitiligo treatment, that is best suited for your skin, a detailed diagnosis will be required. Your medical history will be examined, along with lab tests as well as a physical exam.

A UV lamp may also be used to study the patches of skin or even a biopsy. It is imperative that you detail every possible contributing factor that is applicable to you, in order to get the most accurate results.

Once the diagnosis is complete, a suitable treatment will be presented to you that may be focused either on adding pigment or removing it. Your treatment options will vary depending on the size, the severity and location, and even the number of affected patches. Vitiligo treatments are of various types, such as:

Other remedies and therapies

Although Vitiligo cannot be completely prevented, its effects can be greatly reduced by adopting and following various lifestyle habits, including:

For Consultation and Treatment option for

Dr. Ang is a dermatologist in Singapore who has been in the field for many years, treating all kinds of skin and hair-related problems.